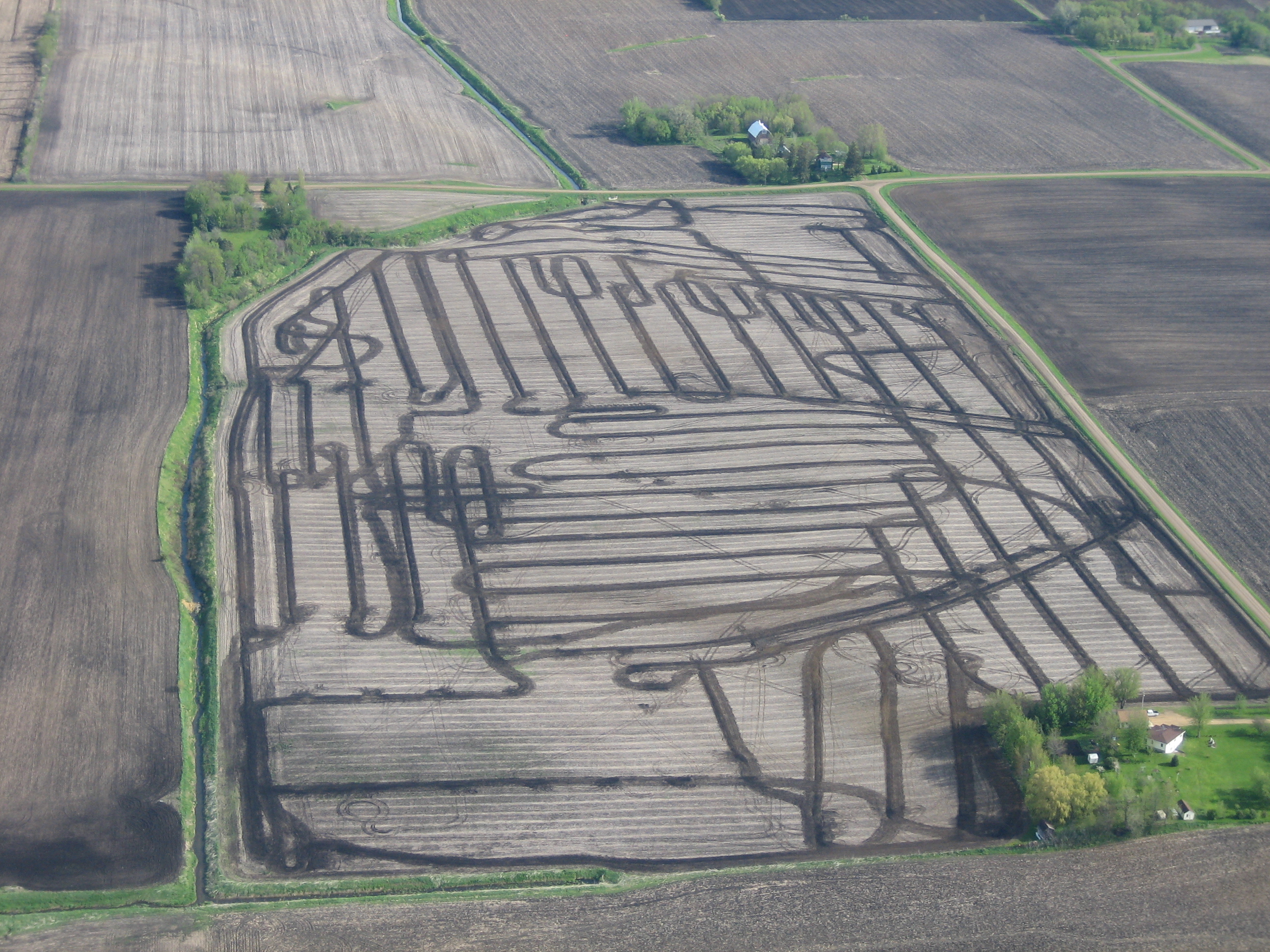 Farmers and farmland owners have long recognized that tile drainage is essential to early season planting and increased crop yields on lands that lack adequate natural drainage. Many farmers also refer to the “sponge effect”, or the ability of drainage to reduce surface runoff by creating storage space for future rain events.

A research team led by Doral Kemper, a soil physicist now retired from the USDA Agricultural Research Service and Colorado State University authored two papers on this topic, which were published in the Journal of Soil and Water Conservation in 2012 and 2013. In comparing flood damage reduction efforts through construction of water retention basins, Kemper’s team reports that tile drainage can provide storm water retention capacity for about one-fifth the cost of water retention basins, providing “a real alternative for retaining storm water in the Midwest.”

Interest among farmers in tile drainage has grown in recent years, largely driven by localized increases in precipitation. Kemper also reports that other conservation efforts by farmers can play a role, noting that “the need for additional drainage and storm water retention capacity has increased on Midwest soils in recent years as farmers have adopted…practices that leave more of the crop residues on the surface, which decreases evaporation, increases infiltration, and raises water tables.”

The study addresses the interaction between drainage and tillage. In the past, aggressive tillage was often as a substitute for drainage. Tillage makes the soil readily permeable, but a lack of crop residue at the soil surface can lead to sealing of infiltration channels and increased runoff. Tillage that leaves approximately one ton of crop residue per acre on the soil surface protects soil aggregates and allows for greater water infiltration.  After the installation of appropriate drainage systems, tillage intensity can usually be reduced, resulting in improved soil quality.

Agricultural drainage has changed dramatically over the past century. Modern tile systems perform better than systems installed in the early 1900’s, primarily because plastic tile is continuous, eliminating the potential for gaps between individual tiles. In addition, modern laser guided installation equipment allows better maintenance of proper grade and placement of tile parallel to field contours. Some tile systems also include options to control discharge, either through a system of gated structures or managed lift stations.

The ability to better manage soil and water by correcting deficiencies in natural drainage is a readily accepted conservation practice on the farm. Those benefits could extend further downstream as well.