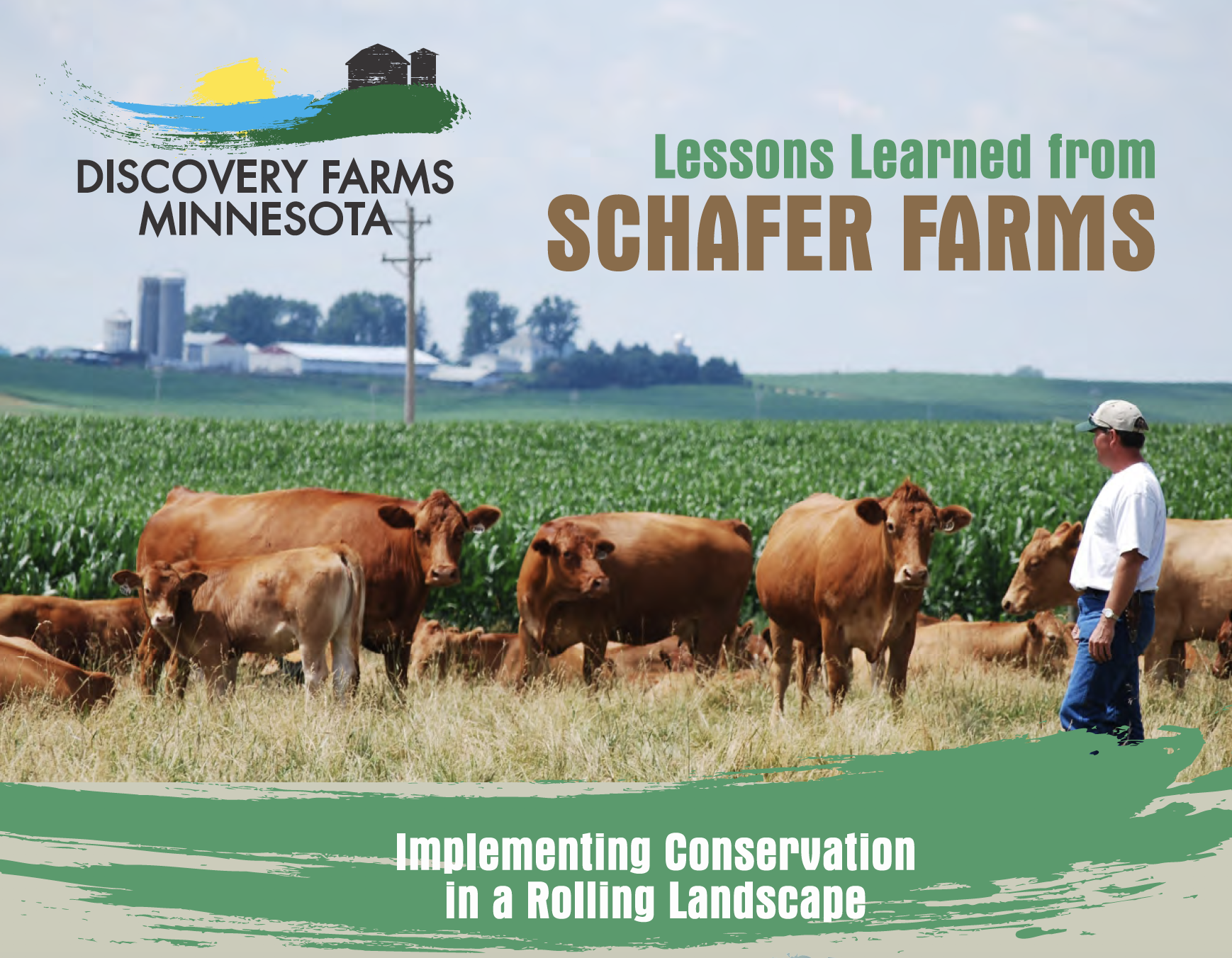 Discovery Farms Minnesota has published a new report titled, Lessons Learned from Schafer Farms: Implementing Conservation in a Rolling Landscape. Below is a summary of the findings of the project, details of the study and findings can be found in the full report. The report can be found on the resources page at the Discovery Farms Minnesota website.

Implementing Conservation in a Rolling Landscape

Schafer Farms, established in 1886 near Goodhue, Minnesota, is operated by Lowell and Pat Schafer, along with their two sons and daughters-in-law. Brandon and Monica oversee the swine enterprise and manure management while Brian and Heather manage the farms beef and crop production. As the sixth generation to work the land, Brian and Brandon appreciate the stewardship ethic of their forefathers and are working to ensure that Schafer Farms remains sustainable for future generations. 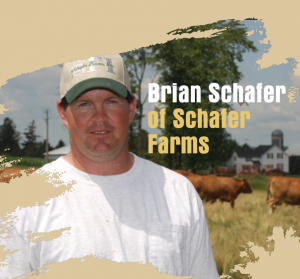 Swine and beef production are the primary economic base for Schafer farms. The swine enterprise consists of a 1600 sow farrow to wean operation. Manure from the swine barns is applied to provide nutrients for corn and pasture acres. The beef operation is comprised of a herd of Gelbvieh and Gelbvieh/Angus composite brood cows. Cattle are kept on pasture during the growing season and overwintered on corn stalks.  The beef herd enables economic utilization of forage production from pasture and cropland, which is typically rotated between alfalfa and corn silage. The Schafer’s use multiple conservation practices appropriate to the rolling hills typical of the area, including farming on the contour, cover crops, perennial crops, and waterways.

Seven years of on-farm, edge-of-field surface runoff data was collected at Schafer Farms. Soils are naturally well-drained, so tile drainage is not present. The site selected for monitoring provides edge-of-field evaluation of fields with an alfalfa-corn silage rotation, a rye cover crop, and liquid swine manure applications. The monitoring site was installed in a grassed waterway, collecting surface water runoff from approximately 6 acres. The monitored period began with the field in alfalfa in 2010, with rotation to corn silage from 2013 to 2016, then rotated back to alfalfa in 2017. A cover crop of rye was planted prior to the corn silage crops. Liquid swine manure was injected as the primary nutrient source. 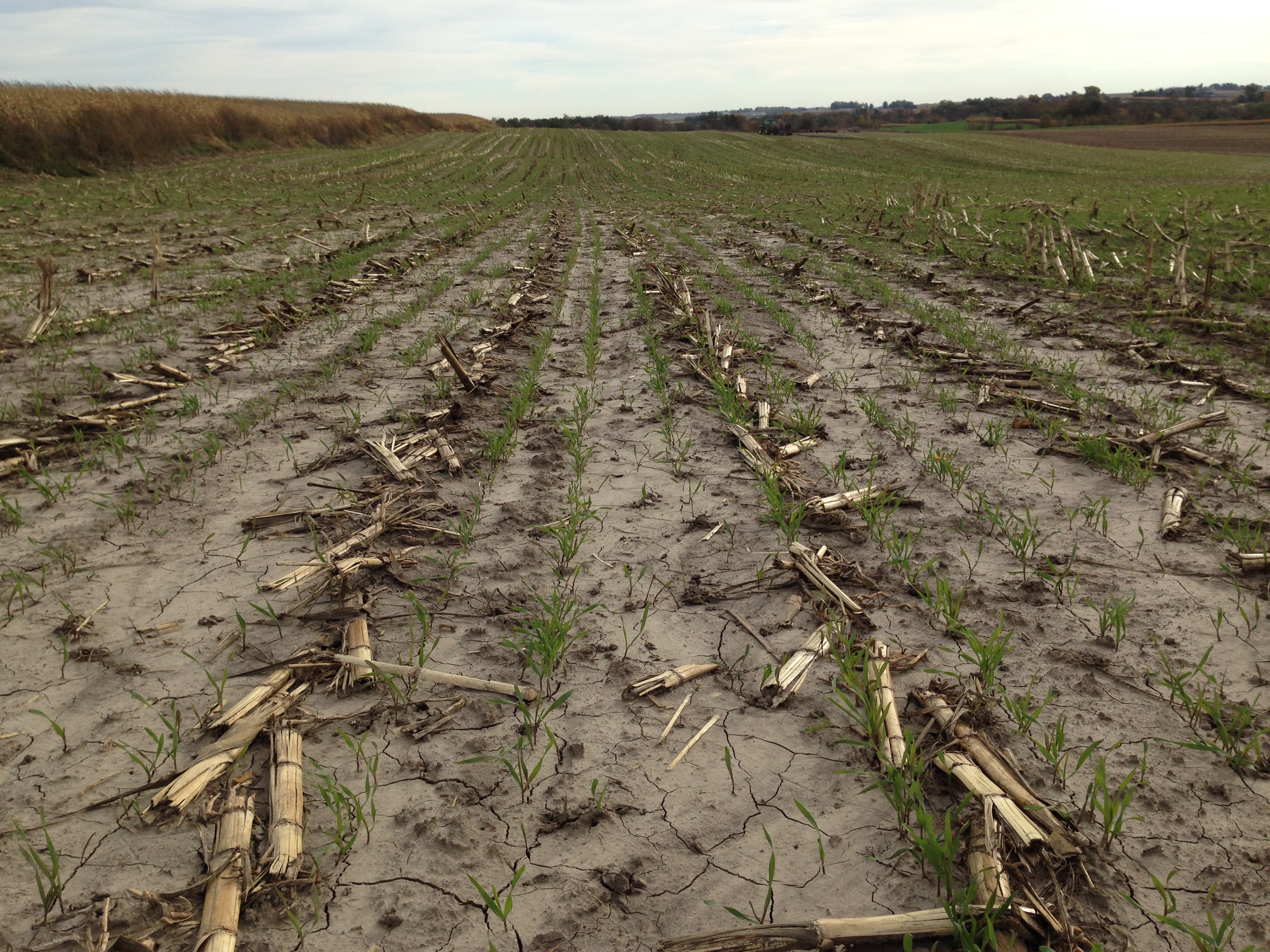 The Discovery Farms Minnesota Program thanks Schafer Farms and the Schafer family for their willingness to participate in the project and for their continued engagement and support. Thanks also to the Minnesota Department of Agriculture and the Goodhue County Soil and Water Conservation District for operation, maintenance, and analysis of the monitoring site at Schafer Farms.